NE Connection: Miller is arguably the biggest name in his sport and one of the most successful athletes to ever ski. He was born in Easton, N.H., and raised in Franconia, N.H.
Bio: Miller emerged on the World Cup scene in 1996. In 2002, he won two silver medals at the Olympics in Salt Lake City, but did not medal in any of his five events in the 2006 Winter Olympics. His 2008 season was successful and he won his 27th World Cup event and the overall World Cup title. In 2009-10, Miller missed time because of an ankle injury, but won a downhill and a combined event in Switzerland on Jan. 15. 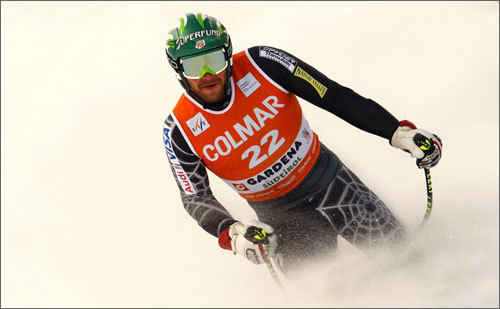