Franklin has some golden options 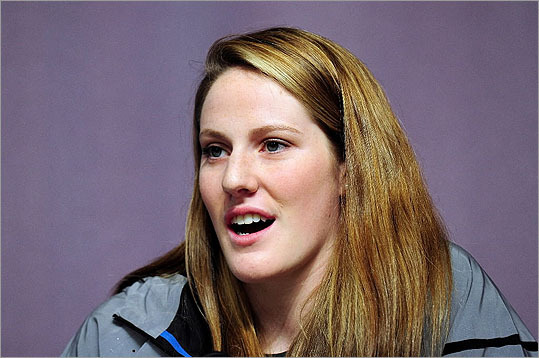 LONDON — Missy Franklin is still leaning toward college over cash.

A winner of four gold medals in swimming at the London Olympics, the 17-year-old from Colorado is about to enter her senior year of high school. After that comes the choice that isn’t as easy as it sounds — go to college or turn professional.

Speaking at a news conference with the US Olympic Team on Saturday, Franklin said that as of now, she still believes ‘‘that college is what’s going to make me the happiest girl.’’

However, she still plans to sit down with her family and weigh some options.

By turning pro, Franklin would be eligible to grab endorsement deals that could be worth millions.

That would also take away any chance she has of swimming at the collegiate level.