THIS STORY HAS BEEN FORMATTED FOR EASY PRINTING
Olympics Roundup 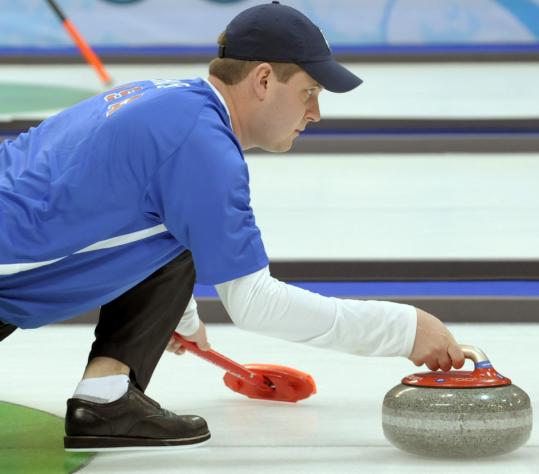 Wickenheiser got her 16th Olympic goal among her 5 points, while Cherie Piper had two goals and two assists as the Canadians cruised into medal play with three victories by a combined 41-2.

Men’s hockey
Sweden 2, Germany 0 - Mattias Ohlund and Loui Eriksson scored in the second period, Henrik Lundqvist made 21 saves, and the defending champion Swedes shook off a slow start to beat the Germans.

Germany has just seven NHL players, including the Bruins’ Marco Strum, who was shaken up when Johnny Oduya hit him from behind in the second period. Oduya was called for checking to the head and neck area, plus a 10-minute misconduct.

Finland 5, Belarus 1 - Niklas Hagman scored two goals, including a beauty while sliding on one knee, in leading the Finns to victory in the opener for each team.

Olli Jokinen, Valtteri Filppula, and Jarkko Ruutu also scored, and Teemu Selanne had an assist to match an Olympic record with 36 career points.

In a late game Tuesday, Alex Ovechkin scored late in the first period to give the Russians a three-goal lead and early in the third to restore a four-goal cushion as Russia routed Latvia, 8-2.

US coach Ron Wilson says Ryan Miller will be in the nets for every game at the Olympics unless something “drastic’’ occurs.

The Bruins’ Tim Thomas served as the backup against Switzerland but will give way to the Kings’ Jonathan Quick of UMass today against Norway.

Men’s curling
Switzerland 7, US 6 - Another extra end did in the US men’s curlers. John Shuster’s foursome rallied from an early 4-point deficit but couldn’t convert in the additional 11th end, suffering their second straight extra-end defeat after losing to Norway a night earlier by a single point.

The US is 0-3 in the nine-game round-robin schedule.

Women’s curling
Germany 6, US 5 - Debbie McCormick’s squad lost its second match, unable to make up a 2-point deficit in the final end against the Germans.