"Marte had been running on the play. The ball was hit sharply back to Atchison. I was just thinking, 'Get to the base'. As soon as he threw it, I was just thinking about catching the ball because it was kind of up the line. I was coming across and he kind of threw it the other way. After I caught it, the next priority was touching the base. When I landed, I dragged my right foot trying to touch the base. Whether I did or not, I don't know; it happened too fast and I was thinking about other things than that. [Marte] is a big boy, a very big boy. I knew with the timing of the play I had a little extra time to set my feet and make a good throw and we got the double play." 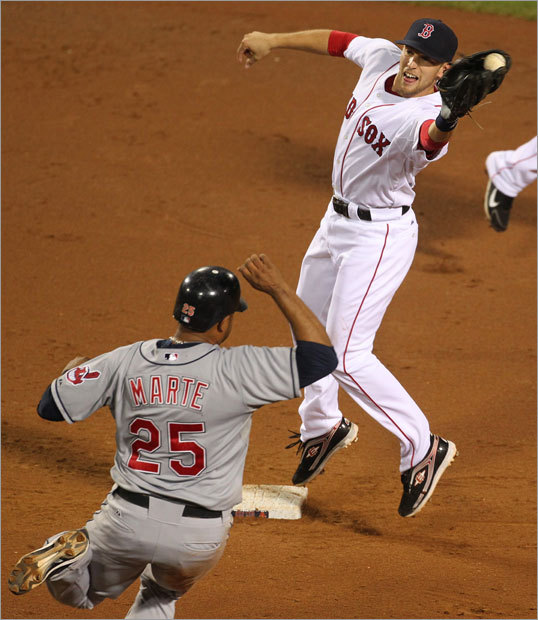