"Obviously, I've got double play on my mind, trying to get out of the inning. After I got him out, I spun to first and at that time I knew I wasn't throwing the ball because the play didn't happen fast enough. I felt him come right in the back of my knee. Initially I thought it was farther out towards the mound. It kind of irritated me. Anytime a catcher gets hit in the knee like that, it kind of irritates you. And as you can see, he was coming in very high. I said to the umpire, 'Look where his slide mark was. There is no need for that.' But looking back at it on video, I was closer to home and part of the baseline than I initially thought. But it's nice to have the gear when you do get run over or trucked. When he came up to hit again, I didn't say a word. It's over with." 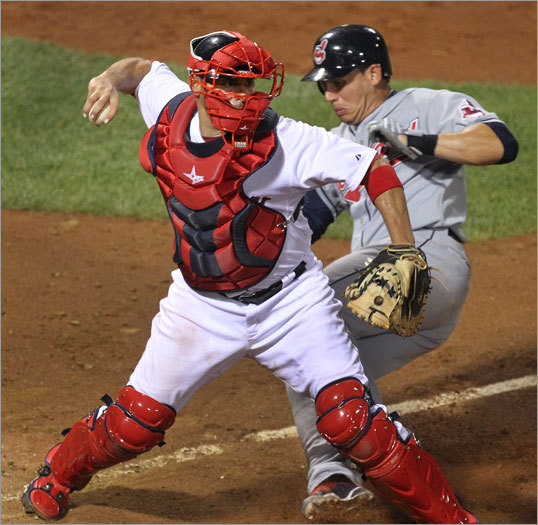