"You know this game, you've got to play hard or you go home. I was just playing my hardest. Anything it takes, I was willing to do to win. I just expect anything in the city championships. I got hit earlier and it was kind of a cheap shot, so I just decided to get up and run harder next time. As the play is just going, I don't really know what I'm thinking. I just do it as it's coming, deciding when to jump or when to just keep going. I'ma senior. This has been a long journey for me. This rivalry has been going on since 1901. It feels big to me. This is a big win. I can talk about this for the rest of my life, that we beat Southie in 2011 and are the city champs." 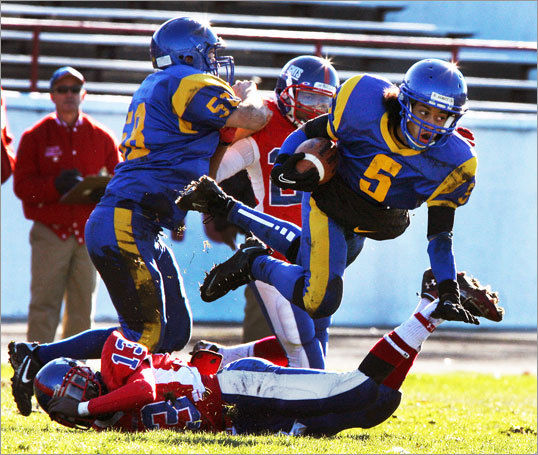