Bruins sharp-shooting right wing Rick "Nifty" Middleton had five straight seasons of at least 40 goals and 90 points in leading the Bruins' Lunch Pail A.C. gang of the late 70s and early 80s. The Toronto native quickly became a star in Boston when he was traded from the Rangers for Ken Hodge following the 1975-76 season, and he was named co-captain with Ray Bourque in 1985, a position he held until he retired.

Middleton's 105 points in the 1983-84 season tied Ken Hodge for the Bruins team record for most points scored in a season by a right winger.

"I've seen them all, and Nifty's the best one-on-one player in hockey. Take anyone in the league, give Nifty the puck, and 90 percent of the time he'll turn the other guy inside out," said former Bruins defenseman Brad Park. 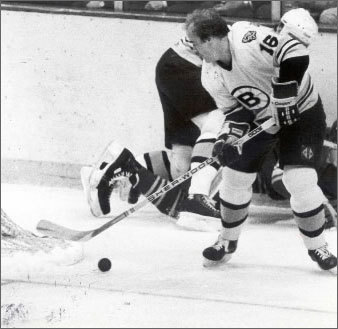