THIS STORY HAS BEEN FORMATTED FOR EASY PRINTING
Auto racing notes 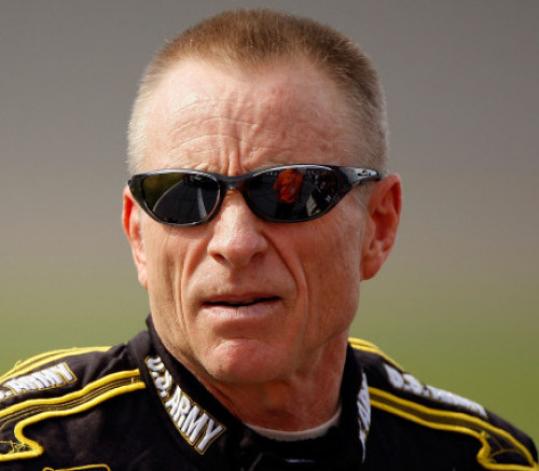 DAYTONA BEACH, Fla. - When he last competed full time on the NASCAR Sprint Cup circuit two years ago, Mark Martin said he was worn out by the time he climbed out of the No. 6 car for owner Jack Roush at the end of the grueling 36-race season.

After he was forced to extend his Salute to You Farewell Tour an extra year, Martin vowed never to run full time again. "If it comes down to all or nothing," Martin said at the time, "I'll choose nothing."

That was before Rick Hendrick offered Martin the chance to join his powerhouse stable at Hendrick Motorsports as the full-time driver of the No. 5 Chevrolet next season.

After spending the better part of last season and this year ("catching my breath") running a limited schedule for the merged teams of Ginn Racing and Dale Earnhardt Inc., Martin said his passion for racing was rekindled by the opportunity to drive for Hendrick and join defending two-time champion Jimmie Johnson, four-time champion Jeff Gordon, and Dale Earnhardt Jr., who joined the team this year.

"It's just an opportunity that I absolutely could not let pass by at this point in my life," said Martin yesterday at Daytona International Speedway. "I was very concerned about regretting that decision for the rest of my life. And so I got my arms wrapped around the scheduling situation and here we go.

"I'm incredibly excited and honored and I know that most people can't comprehend what an honor it is for me to be invited to be part of this organization, especially at this stage of my career."

Martin, 49, a four-time runner-up for the series championship, will replace Casey Mears in the No. 5, and he will be paired with crew chief Alan Gustafson. In 2010, Martin will scale back to a 26-race schedule and split time with an unnamed driver.

Martin had a similar position at DEI, where he shared time in the No. 8 car with Aric Almirola, who will take over full time next year.

"I had so much fun this year driving the No. 8 car that I really would have loved to have driven a 26-race schedule again next year," Martin said.

"But that would not have been fair to Aric Almirola. Aric is ready to be a full-time Cup driver and I felt like it was my responsibility and the right thing to do to get out of his way.

"And so that being said, when I looked at the field, the climate, the options, or possible opportunities to drive a limited schedule out there and drive cars on a limited schedule that could win," Martin added, "I didn't see anything that was nearly as attractive as going and driving the No. 5 car."

One day after NASCAR decided to impound the primary car of driver Martin Truex Jr. for a template violation of the roof, Dale Earnhardt Inc. got a morale boost by sweeping the front row for tonight's Coke Zero 400 Powered by , with Paul Menard capturing the pole position. "Obviously, it's a good position to be in," Menard said after winning the first Coors Light Pole Award of his career with a fast lap of 185.916 miles per hour in his No. 15 Chevrolet. "We didn't focus at all on qualifying [Thursday]. All we did was draft practice, so honestly I had no idea how we'd run by ourselves, but it was obviously pretty good." Martin took the outside pole position with a lap of 185.870 m.p.h., while Earnhardt was third (185.437). DEI driver Regan Smith was the fastest rookie qualifier, finishing eighth (184.976), while Truex qualified 37th (183.587). "What happened yesterday, I don't know the whole story, but it was obviously very unfortunate," Menard said of the No. 1's rules violation. "They built a new car and the tolerances are so close with the [Car of Tomorrow] that it was just off by a little bit and you saw what happened. But the 15, the 01, and the 8, obviously, are all in the top 10 and we all did our homework. Obviously, the 1 car didn't work with their [backup] car enough to get a good qualifying lap, but they'll be fine." . . . Denny Hamlin held off teammate Kyle Busch to win the Winn-Dixie 250 and extend Joe Gibbs Racing's dominance in the Nationwide Series. As they headed toward the white flag, rookie Colin Braun spun to bring out just the third caution of the race. NASCAR reset the laps to create a two-lap sprint to the finish. It's Hamlin's third Nationwide Series win of the year.

NASCAR CEO Brian France held a question-and-answer session with the media yesterday and indicated the sanctioning body was conducting an internal investigation into allegations of racial discrimination and sexual harassment brought by Mauricia Grant, a former Nationwide Series official, in her $225 million lawsuit. "Naturally, we would like to not have to be dealing with it," France said when asked about the interview Grant gave ESPN, detailing her complaint. "There's a lot of other things that we need to deal with, but we will [deal with it]. It's a lawsuit, and lawsuits take a life of their own, and it's going through the court system as we speak." France said NASCAR had held in-depth interviews with 25-30 people in its investigation. "My own experience with lawsuits over many years is by the time the facts ultimately catch up to the actual lawsuit, they're usually a whole lot different than the claims that are made on the front end when you're after a lot of money," France said. "We'll have to see what happens through the court system. We'll be defending ourselves very vigorously, and we'll just have to see." . . . France also indicated NASCAR was close to completing an examination of its drug-testing policy, which enables NASCAR to test at any time for cause. "You can have any policy you want, but if the punishments aren't tough - that's the ultimate deterrent. If you look at lifetime suspensions, which we have several out there today, if you look at what happens on a first infraction, in our sport it's very severe," France said. "It probably means your career will be over. Certainly, a second infraction probably will end a career. A third will get you a lifetime suspension."