Runners to watch in the Boston Marathon 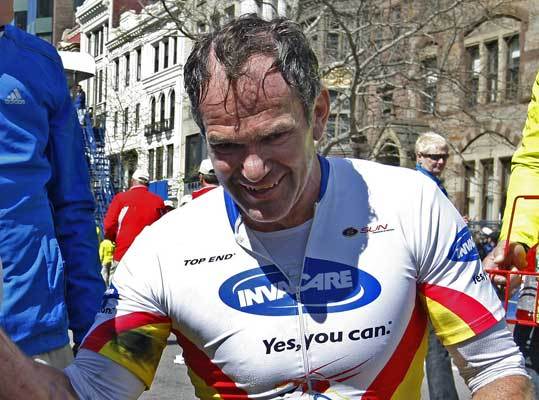 Of Note: Schabort's best performances have come at the Honolulu Marathon, where he was the first wheelchair athlete inducted into the Honolulu Marathon Hall of Fame, in 2004, just prior to his seventh consecutive victory there. In 2010, Schabort finished second at Boston for the eighth time. He was born in South Africa, but moved to the United States in 1997 to train and race professionally and build on a racing career that began in 1989, after he lost his legs in a bomb explosion while serving in the South African military in Angola.