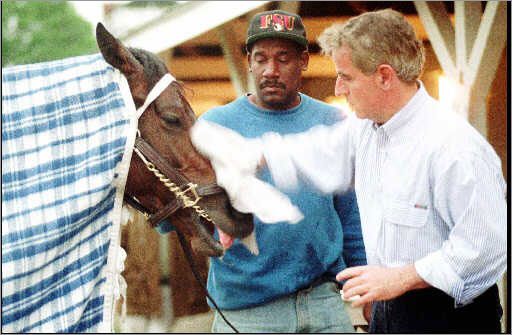 Former Rangers center Ed Olczyk (not pictured) reportedly fed the 1994 Kentucky Derby winner, Go for Gin (left), out of the Cup at the Belmont Stakes after the Rangers won the Cup in 1994. Olczyk said that he simply brought the Cup to the Belmont, and no horse ate out of it. Olczyk's name is familiar to hockey fans now as the color commentator for NHL games on NBC and Versus. After 1994, the NHL made sure a human handler traveled with the Cup at all times.