Zanon, Rolston, and Mottau added for the stretch run at deadline 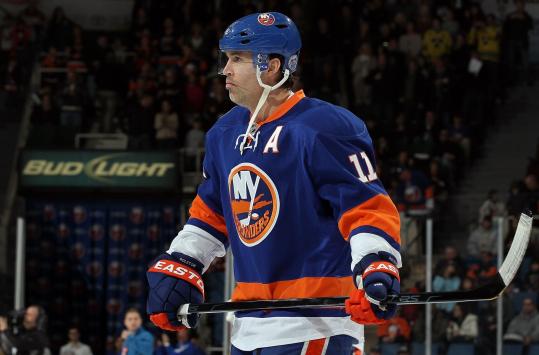 Greg Zanon, Brian Rolston, and Mike Mottau, the three players the Bruins acquired before yesterday’s deadline, have combined for six goals this season. The Bruins believe their future contributions will be most effectively gauged by other metrics.

Zanon is a defense-first defenseman who will fill in short term for Johnny Boychuk (concussion) and serve as a depth blue liner long term. Rolston, the ex-Bruin, owns a ring from his 1995 stop in New Jersey. Mottau, the former four-year Boston College star, is the experienced depth defenseman every postseason club requires.

What the players lack in sexiness, the Bruins project they will make up for in intangibles.

“Overall, it was a long day,’’ general manager Peter Chiarelli said of his dealings yesterday at TD Garden. “I’m satisfied as to the depth we’ve added and the veteran presence.’’

Zanon arrives from Minnesota for Steven Kampfer. The Bruins traded low-level prospects Yannick Riendeau and Marc Cantin to the Islanders for Rolston and Mottau.

Rolston and Mottau will play tonight against Ottawa at TD Garden. Zanon might not be available until Thursday’s home game against New Jersey.

Chiarelli has made flashier transactions prior to previous deadlines. Last year, he acquired Chris Kelly, Rich Peverley, and Tomas Kaberle. Two years ago, Chiarelli picked up Dennis Seidenberg from Florida. In 2009, Chiarelli committed high thievery when he plucked Mark Recchi and a second-round pick off the Tampa Bay roster for Matt Lashoff and Martins Karsums.

This season, demand outweighed supply. There weren’t as many good players available. There are more teams pushing for playoff spots.

At the same time, the Bruins didn’t have as many assets. They didn’t have a 2012 second-rounder, which was currency in a handful of trades. There were zero deals, Chiarelli said, that even made him think about trading Dougie Hamilton, their ace blue-line prospect.

“The prices, the inactivity, the reluctance to do things - that was the feel I got,’’ Chiarelli said of the market. “It’s frustrating. It’s frustrating when you’re making calls and you can feel the frustration on the other side of the phone. The guy you’re talking to is feeling the same thing. That was the theme for this year. Frustration. But fulfillment.’’

The bundle of Zanon, Rolston, and Mottau was not Chiarelli’s first choice. But in the end, amid a trade market as blocked as Chiarelli has seen, management opted for a package whose sum might be better than its parts.

The biggest piece is Zanon, the 31-year-old defenseman pried from the Wild for Kampfer. The 5-foot-11-inch, 201-pound Zanon shares some qualities with Seidenberg: a durable left-shot defenseman who blocks shots and plays with bite. Zanon will give coach Claude Julien options in the playoffs. If Seidenberg is paired with Zdeno Chara, Zanon would be the left-shot defenseman the Bruins would need lower in the lineup.

In 39 games this season, Zanon has two goals and four assists while averaging 18:37 of ice time. During the Wild’s 2-0 win over the Bruins Feb. 19, Zanon submitted a thorough shutdown performance. In 22:18 of ice time, he recorded four blocked shots and four hits.

In 2000, while Chiarelli was in Ottawa, the Senators drafted Zanon in the sixth round. Zanon did not sign with Ottawa after playing for Nebraska-Omaha for four seasons. Zanon signed as a free agent with Nashville, where he played until 2009. Minnesota signed Zanon to a three-year, $5.8 million contract July 1, 2009.

Kampfer, acquired from Anaheim for a fourth-round pick, projected to be a bottom-pairing defenseman with a puck-moving element for the Bruins. But Kampfer withered on the vine this season as a healthy scratch. He recorded two assists in 10 games.

“When he came in, he had some swagger and gave us that little bit of puck-moving and skating we were looking for at the time,’’ Chiarelli said. “For whatever reason, it wasn’t there this year.’’

Rolston had struggled with the Islanders. In 49 games, the former Bruin had four goals and five assists while averaging 14:09 of action per match. Rolston, 39, missed time because of a concussion.

“When I got into Long Island, they have a good group of young core players,’’ Rolston said. “I don’t think I fit into their plans as well as I thought I was going to. It’s been a tough year for the Islanders, for sure. As far as producing for me, I really didn’t play a lot. It was kind of hard to produce. But I do feel like I have a lot left to offer.’’

The former Bruin (101 goals and 135 assists in 338 games from 1999-2004) is expected to play tonight in a bottom-six position. Rolston could move into a scoring role if injuries strike. He should man the point on a power-play unit.

“He hasn’t had a great year, but I feel he’s a motivated player,’’ Chiarelli said. “Terrific shot. Still can really skate. He’ll add to our depth and our versatility. He’ll move up and down our lineup.’’

Mottau, an Avon native, should be on the third pairing tonight. The 6-foot, 193-pound Mottau is comparable to Andrew Ference - a smart left-shot defenseman who relies on hockey sense more than muscle.

Mottau was also sidelined because of a concussion this year. In 29 games, Mottau has two assists while playing 14:10 per appearance. If the Bruins are at full health on the back end, Mottau will most likely be a healthy scratch.

All three players will be unrestricted free agents July 1.

“They’re excited and they want to win,’’ Chiarelli said. “They say what I want to hear when I call them when you acquire them in a trade. We won last year. We want to try and win again. It’s plain and it’s in front of them. I feel they’re all motivated.’’