NBC carves out a piece of holiday with NHL 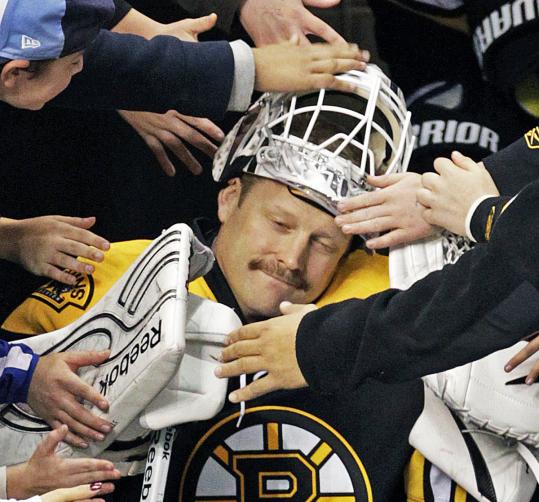 His collection of 15 Emmy Awards stands as evidence of Sam Flood’s extraordinarily successful career producing sports on television, a run that includes the 2002 and 2006 Olympic closing ceremonies, all of NBC’s Winter Classic NHL games, and the network’s “Football Night in America’’ studio show.

So perhaps it should come as little surprise that Flood, currently executive producer of NBC Sports and Versus, also has a knack for promotion. But it’s nonetheless impressive that the Dedham native and former Williams College hockey captain was as on-target as a Tyler Seguin slapshot when discussing the appeal of this afternoon’s Bruins-Red Wings matchup on NBC.

“The Bruins are one of the major reasons this game exists,’’ said Flood, referring to the team’s tradition of playing a matinee game the day after Thanksgiving, which began in 1990. “We want to make it a national tradition, too, because it really is a wonderful way to showcase the NHL.

“It’s our way of getting people to take a break from their shopping, to enjoy a malt beverage or two, and watch a matchup of Original Six teams. Who wouldn’t enjoy that?’’

No argument here. And, for once, none from Mike Milbury. The outspoken former Bruins player and coach will be at his usual post alongside Liam McHugh as the studio analyst on today’s telecast. The superb trio of Doc Emrick, Ed Olczyk, and Pierre McGuire will handle the call of the game.

Milbury, who has as much familiarity with Boston hockey lore as just about anyone, appreciates NBC trying to make the post-Thanksgiving matinee a leaguewide tradition.

“Oh, yeah, I like it,’’ said Milbury. “Football, the NFL, owns Thanksgiving, and I don’t know why we can’t own the next day. You have sort of a captive audience on that Friday. The kids are home from college, the crowds tend to be younger and lively, so the Friday game can be a really festive atmosphere.

While today’s telecast doesn’t require the long-term preparation or bring the production challenges of the New Year’s Day Winter Classic, it’s not just another regular-season game.

It is clear that NBC wants to claim the day after Thanksgiving for the NHL. There will be bells and whistles, including a microphone on one of those who will be blowing the whistle. Referee Kelly Sutherland will be miked up, the first time a regular-season game on NBC will feature on-ice audio.

Seguin, Bruins goalie Tim Thomas, and Red Wings defenseman Nicklas Lidstrom will be given the feature treatment during pregame and intermissions.

NBC has promoted the game nearly to the extent it does the Winter Classic. One clever spot running during “Sunday Night Football’’ the past few weeks features a wife who roots for the Bruins duping her husband, a Red Wings fan, into thinking she’s going shopping, only to go to the game. The jig is up when her husband spots her in the crowd while watching the game on TV.

“Good thing it’s not Bruins-Canadiens,’’ joked Flood, proving once again that he gets it. “Because the promo wouldn’t have worked. Growing up in Massachusetts, you learn Bruins fans don’t marry Canadiens fans pretty early.’’

Based on an unscientific tally of reader e-mail and social media correspondence, the reaction to last week’s news that Red Sox reporter Heidi Watney and NESN were parting ways was sharply divided among gender lines.

The consensus among men: Say it ain’t so, Heidi!

Women were quicker to suggest that baseball knowledge was not primary among the reasons Watney, a onetime Miss California runner-up, was hired by NESN in May 2008.

Such a divide probably does not qualify as breaking news, but it is relevant in regard to the search for her replacement. Based on information gathered from multiple sources with knowledge of NESN’s interview process, the network is trying to find a replacement with appeal similar to Watney’s.

It would be a major upset if the network hired a male reporter in the mold of Tom Caron, Eric Frede, or Dan Roche, all of whom served very capably as Red Sox in-game reporters at one time or another.

NESN has at least three qualified female candidates under consideration, and all have some background in sports broadcasting. The front-runner is believed to be Molly Sullivan, a Las Vegas native and graduate of the University of North Carolina, where she was an Atlantic Coast Conference champion swimmer.

Sullivan has covered mostly college basketball and football for the MountainWest Sports Network the past five years, and has been a color analyst on the Big Ten network’s swimming coverage.

Another candidate might be familiar to Boston viewers. Erin Hawksworth worked as a news reporter at Channel 25 from 2008-10 before the Vancouver native returned to the Pacific Northwest as a sports anchor and reporter for the Fox affiliate in Seattle. She’s no baseball rookie; her brother Blake is a relief pitcher for the Dodgers.

Also in the mix is Mansfield native Jen Royle. She has a strong baseball background and is particularly plugged into the American League East, having covered the Yankees (for the YES Network from 2003-06) and Orioles (for MASN in 2010).

At the moment, she is not considered as likely to be hired as Sullivan or Hawksworth, but she might be the candidate who appeals to the widest range of demographics among NESN viewers.