Cup will not change Julien 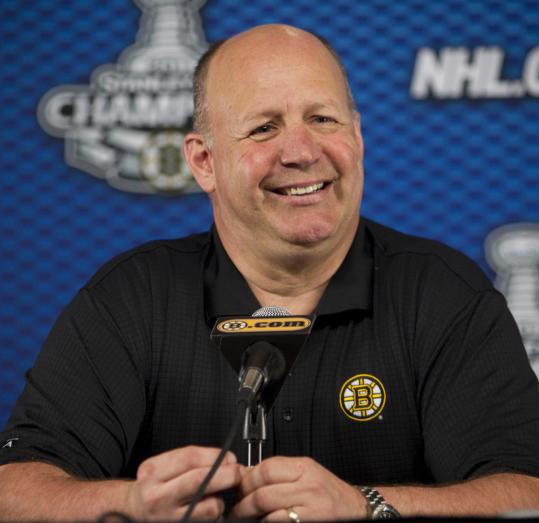 As Claude Julien made his way south on Interstate-93 toward TD Garden yesterday, traffic halted because of construction. However, any frustration Julien had regarding the jam quickly disappeared.

Passengers in one car recognized Julien behind the wheel of his black SUV. Then another. Soon enough, drivers and passengers were spilling out their windows to offer congratulations and thanks to the Bruins coach.

“Felt like I was still in the middle of a parade,’’ Julien said with a smile.

Less than six months ago, even people within the organization — president Cam Neely took several poorly disguised swipes during radio interviews — were critical of Julien’s approach, to say nothing of naysayers with fewer accomplishments on their hockey résumés.

But in hindsight, it turned out there was no better man to lead the charge toward a Stanley Cup than Julien.

Julien had plenty of help. He leaned on trusted assistants Geoff Ward, Doug Houda, Doug Jarvis, and Bob Essensa. He huddled regularly with general manager Peter Chiarelli. He often looked to captain Zdeno Chara and alternates Mark Recchi and Patrice Bergeron to gauge how the players were doing and the mood of the dressing room.

The critical decisions during the playoffs — pairing Chara with Dennis Seidenberg, mixing and matching Rich Peverley and Michael Ryder on the first line, dressing Shawn Thornton for Game 3 of the Cup Final to give the fourth line the identity it was missing — weren’t all because of Julien’s brainstorming. But like all coaches, Julien had to make the final calls.

More often than not, they were right.

“You make those adjustments,’’ Julien said. “Sometimes it works, sometimes it doesn’t. It worked for us this year and gave us what we wanted.’’

Among other things, Julien’s critics called him stubborn. The wails were loudest when Julien rolled four lines and didn’t shake up his power-play units. But Julien’s actions reflected two things: confidence in his game plan and an open mind in what his accomplices had to say.

The man believed of being bull-headed has, in reality, been quite accommodating to advice.

“Claude is a guy who is willing to take other people’s opinions,’’ Chara said. “He’s not an absolutely 100 percent hard-headed guy, where you can say something and he won’t change. You can knock on his door and talk to him. Make decisions as a group instead of as an individual.’’

If anything, Julien’s attention to detail could be his weakness. He has always been committed to matchups. When opponents have certain players on the ice, Julien knows who he’d like to roll over the boards in response.

That can lead to ill-timed line changes, such as the one that took place prior to Raffi Torres’s winning goal in Game 1 of the Cup Final. Or it can produce mismatched defensive pairings, such as the one that took the ice for the start of overtime in Game 2. Instead of sending out two familiar partners, Julien started overtime with Chara and Andrew Ference, which might be one reason why things broke down before Alex Burrows’s winning strike.

“He’s a thinker. He likes to think about things and make plans. He likes to think a few steps ahead,’’ Chara said. “Sometimes we all know he gets into the details too much. But even as funny as it sounds, over 90 percent, he’s right. That’s just a skill he has that not many coaches probably have. He’s been really, really good as far as getting us ready for games mentally and physically. Finding that balance between practices and days off. Preparation for the whole playoffs and motivating us.’’

Now, Julien is a champion. He celebrated on the Rogers Arena ice, in the dressing room, and on the plane ride back to Boston. Julien rode in the parade on Saturday. Sometime this summer, Julien will take the Cup to Ottawa to share with his family and friends.

But Julien swore that had he only been able to walk out of the rink Friday, absent all the pomp and circumstance expected of a Cup victory, he would have been satisfied. Winning is all he needs.

“I’ve always said I’ll never change as a person,’’ Julien said. “I came up from a modest background. I’ve always tried to remain modest. I’m appreciative for everything that’s happened to me in my career, more than I would have ever expected. I played hockey to become an NHL hockey player and played a few games in the NHL, but never became a regular. But I got a second chance at coaching. I don’t take things for granted. When next year starts, I’m going to put the Stanley Cup aside and work on another one. That’s just the way I am.’’