THIS STORY HAS BEEN FORMATTED FOR EASY PRINTING
Hockey notes

Bruins are just one of early surprises 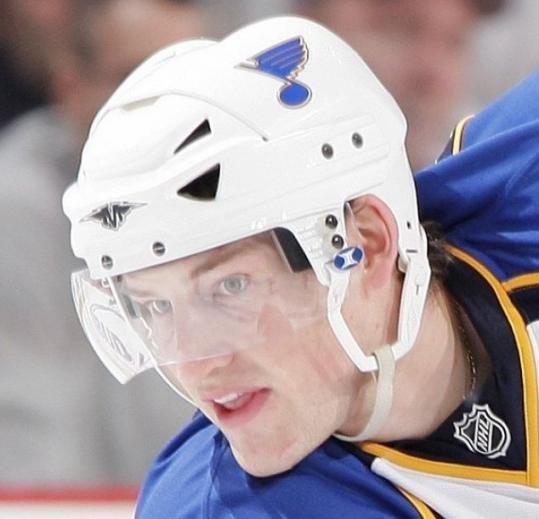 A quarter of the way through the NHL season, the Bruins were in Montreal last night, not only chasing the Rangers for the top spot in the Eastern Conference, but putting heat on the Sharks for the best record in the league.

Entering last night's game, Claude Julien's charges were on pace for a 123-point season. Don't go scurrying for the record book. That would be a franchise standard, surpassing the 121 points of 1970-71, when the Bruins went 57-14-7 (78 games was a full season then), the rollicking followup to their 1970 Stanley Cup championship.

Those who have not blocked out the pain and suffering will recall that their run to a second Cup was snuffed out by Montreal goalie Ken Dryden. A 2-0 series lead looked a certainty in the second period of Game 2, with the Bruins nursing a 5-1 lead, but the Habs rattled off six straight goals to bring the series even. It came down to a seventh game, on Causeway Street, and the Habs rubbed them out, 4-2, and went on to win the Cup.

What we've seen thus far, however, is about as good as it gets on Causeway Street. Without question, the Bruins are the No. 1 surprise of the season's first quarter. Where does it go from here? The spring of '71 forever will stand as the reason not to ask. Carpe diem and don't think of Dryden.

A few more surprises, observations, musings, and shots into the second balcony (happy holidays, Bobby Schmautz) as we head into the heart of the season:

The Lightning wasted little time in booting Barry Melrose out the door. Just not sure of the bigger surprise: 1. his hiring or 2. his firing. Thus far, Melrose and Denis Savard in Chicago are the league's only coaching changes. Don't know everything they do in Bristol, but given the state of the media biz, ESPN, Melrose's safe harbor for years, probably had more coaching changes since the start of October.

Yes, scoring is up, and it's most likely the result of the pared-down goalie equipment - even if there is no way to prove it. Through games of early last week, clubs were combining for 5.9 goals per game, up from 5.6 over the same number of games in 2007-08. In 2003-04, the number stood at 5.1 over the same period. Me, I'm good with 5.1, as long as there is plenty of action and at least a little bit of hate.

This isn't the Michael Ryder the Bruins bargained for when they handed the former Canadien $12 million this past summer for the next three years. Three more quarters like the first, and he'll finish with 12-15 goals. He is shooting enough, but he's not following shots with the requisite pluck and havoc it takes to pot rebounds or stray pucks.

Ex-Bruin Brad Boyes could finish with 30 goals in St. Louis. That's the good news. On the flip side, he was a minus-15 yesterday morning and could finish a minus-50 this season. What, did Dave Lewis join that Blues coaching staff?

Brian Burke's stepping down as general manager in Anaheim was abrupt but not unexpected. Look for the ex-Boston agent to get into serious talks in Toronto this week about taking over the Leafs. If there is a hiccup (read: money too light), watch for either the Blackhawks or Senators to get after him. dark horse: Habs.

Alexander Ovechkin averaged a fraction below 55 goals his first three years. He carried a total of eight into last night's game in San Jose. A lot of goalies are going to do a lot of paying over the next four months. The Capitals have six games left with the Florida flatliners. Enjoy the winter, Tomas Vokoun and Craig Anderson.

My early candidates for Rookie of the Year: Forwards Derick Brassard (Columbus) and Kris Versteeg (Chicago), and defensemen Drew Doughty (Los Angeles) and Luke Schenn (Toronto). All except Versteeg were first-rounders.

Dave Tippett got himself a new three-year deal as coach in Dallas not long ago, but his Stars are way too dim. Doug Armstrong lost his GM job when the Texans came out flat last year. Now it might be Tippett's turn. As of yesterday morning, the Stars had six wins. They followed five of those wins with losses in which they gave up a minimum five goals. And wait, it gets worse. Brenden Morrow was diagnosed Friday with a torn ACL that will need surgery. Out for six months.

The No. 1 question from out-of-town media members covering the Bruins: Marc Savard kills penalties? Just one of the reasons he's a better player since coming to the Hub of Hockey.

Ex-Maine Black Bear Dustin Penner has turned into the flat tire the Ducks feared he would when the Oilers swept him away in July 2007 for five years/$21.25 million. Oilers coach Craig MacTavish had enough last week (Penner with 5 points in 18 games) and yanked him from the lineup. "I can't watch it," said Mac-T, "certainly not for another 2 1/2 years." Even worse, MacTavish was a year short in his calculations.

Passion of fans is marketing key
The word from NHL headquarters amid these difficult economic times?

Business is good, according to John Collins, the league's chief operating officer. His office in New York trots out impressive growth numbers for October, especially for the league's souped-up website.

Collins figures the NHL fan demographic - young, passionate, and tech-savvy - can be nurtured morning, afternoon, and night by nhl.com. His mission: Use the NHL shield as a "halo," and keep fans hooked, especially on news and features related to their favorite teams.

"No one roots for the league, no matter what the sport," said Collins. "A fan's passion sits with his or her favorite team."

NHL gross revenues, to the surprise of many, actually compare favorably with the NBA's, and have boosted considerably since the end of the lockout.

Collins, meanwhile, remains encouraged about a league initiative to bring more same-day game highlights to center-ice video boards throughout the league. The league also is putting greater emphasis and spending more dollars on its NHL Network.

"We don't want to replicate what our national partners and regionals are doing," said Collins. "We think they all do a great job. But what the fans want, and what the league can provide, is access. The league can drill deeper into teams and personalities, in ways that no third parties can."

Etc.
Loose pucks
With Brenden Morrow effectively gone for the season (unless the Stars go deep in the playoffs), Dallas called up ex-Bruin Landon "Of The Lost" Wilson to stuff a shirt. Wilson spent the last four seasons in Europe - a year in Finland and three in Switzerland . . . Bruins senior adviser Harry Sinden will appear at Phil Castinetti's Sportsworld (352c Broadway, Route 1, Saugus) next Sunday for a noon-2 p.m. autograph session, a portion of the proceeds to benefit the Ace Bailey Children's Foundation. Coach of the 1970 Cup-winning Bruins, Sinden, 76, has never appeared at an autograph session in the US, according to Castinetti . . . Dave Goucher, WBZ's exquisite radio play-by-play man for the Bruins, is the subject of an NHL Network "Voices" episode that re-airs tonight at 6:30. The series is featuring one play-by-play announcer in each of the league's 30 cities. The Goucher piece aired for the first time Thursday, and tracked Goucher's rise from the Boston University booth, through the minors, to the Bruins. Touching moment: pictures of Goucher's mother, Barbara, who died some 20 years ago while Goucher attended Wilbraham & Monson Academy. "I believe those who go on see all this," said the 39-year-old Goucher. "It feels good to think she's happy with what she sees." . . . The Bruins slipped out of an early 3-1 deficit last Wednesday and pinned a 7-4 loss on the Sabres. They are now 3-2-1 when falling behind by two goals. Their overall record last season in the same situations: 4-24-1 . . . The Oilers were home for only three of their first 15 games. "The Harlem Globetrotters of the NHL," quipped Blue Jackets coach Ken Hitchcock prior to the Oil visiting Columbus last Tuesday. "I hope that doesn't make us the Washington Generals." Final score: Oilers, 7-2. Red Klotz, please report to the Zamboni entrance . . . Claude Lemieux, his nose embedded in the old Garden boards courtesy of Cam Neely, seems to be taking his comeback attempt seriously. The 43-year-old winger/pest and one-time playoff MVP (1995) signed on for a short hitch with the China Sharks. According to the Denver Post, Lemieux could sign on this week with the Worcester Sharks (AHL). Not a lot of room on that roster in San Jose, but if we follow the teeth marks, it looks as if Claude Percy Lemieux, who last played in the NHL with Dallas in 2002-03, soon will be back in the show. Things that make you feel warm and fuzzy all over, huh?

Kevin Paul Dupont can be reached at dupont@globe.com; material from personal interviews, wire services, other beat writers, and league and team sources was used in this report.