THIS STORY HAS BEEN FORMATTED FOR EASY PRINTING
US Open notebook 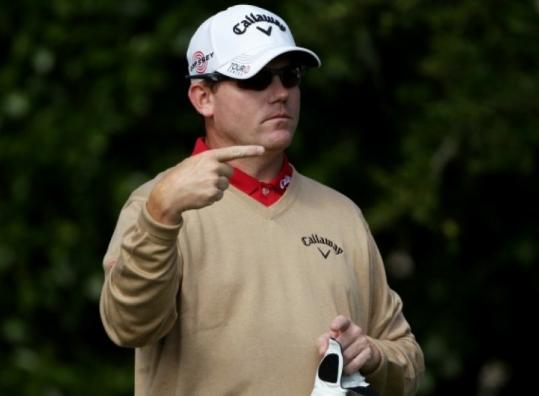 PEBBLE BEACH, Calif. — The preparation was satisfactory, the swing felt good, solid shots were rewarded. So how did Phil Mickelson struggle to a 4-over-par 75 yesterday in the first round of the US Open?

“I just putted horrific,’’ Mickelson said, after a round in which he missed at least four birdie putts inside of 8 feet. “It’s very frustrating for me to miss all those opportunities. I don’t mind making a bad swing here, there, making a bogey here, there. It’s part of the US Open. [But] I need to putt well.’’

Mickelson failed to make a birdie, the first time he’s recorded that dubious distinction in a PGA Tour event in three years.

He also played out of turn and was asked about a possible rules infraction on No. 4. Playing his second shot from the long bunker that winds up the right side toward the green, even though Padraig Harrington was away, Mickelson left his ball in the bunker, then began smoothing the sand with his right foot. Mike Davis, the US Golf Association’s senior director of rules and competition, was watching on television, and saw what Mickelson did.

Davis asked the rules official in the group to check with Mickelson; if he had been kicking the sand in disgust, with his ball still in the hazard, Mickelson would have been penalized. But smoothing the sand is acceptable, so no penalty was incurred.

Despite the high number — it’s his worst opening round at the US Open since a 75 in 1997 — Mickelson wasn’t about to push the panic button.

“There’s no way under par is going to win here, I don’t believe,’’ he said. “I think over par will win. Because of that, I’m right there.’’

Not high on round
Scores were predictably high, but Jon Curran of Hopkinton, Mass., wasn’t happy with his 75.

“I’m disappointed, it wasn’t what I wanted at all. Honestly, this was about as high as I could have shot today, and I hate rounds like that,’’ Curran said. “I hit bad shots when you can’t hit bad shots.’’

He had an interesting experience on No. 3, a downhill par 4 that doglegs left. Curran’s tee shot, on a line down the left side, struck a tree and caromed farther left, coming to rest on the 16th green while Mickelson, Harrington, and Y.E. Yang were playing. Those three finished the hole, and while Curran waited for a ruling, the next group played onto the 16th green. Some 15 minutes later, Curran was finally able to take his free drop, then hit a 9-iron over the grandstand behind the 16th green and onto the fringe of the third. Two putts from there, and a par that was anything but routine.

Time not well spent
Harrington is known as one of the more, um, deliberate players on the PGA Tour. But this is a major championship, where patience is paramount. His drive on the long second hole — normally a par 5, it’s a 502-yard par 4 this week — landed in the left rough, 220 yards from the hole. Harrington reached his ball, surveyed his lie, and determined that he could get enough of a hybrid club on it that he’d be able to clear a dangerous cross bunker roughly 80 yards short of the green.

So Harrington took a few practice swings, got over the ball, then stopped and reconsidered, asking for a sand wedge. He hacked it into the fairway, hit his third shot on, but missed the par putt, his fourth bogey in a six-hole stretch (his group started on No. 10). He’d go on to bogey the third hole to stand 4 over, but closed with birdies on Nos. 6 and 9 to finish with a 2-over 73.

Different schools
The fourth hole at Pebble Beach is an uphill par 4 with Stillwater Cove lurking on the right that played 331 yards in the first round. Most players hit irons off the tee for placement, leaving a wedge for their second shots to a very small green. But a few took out the driver and attempted the more aggressive play of reaching the green. Rory Sabbatini piped a drive that finished maybe 15 yards short of the putting surface. Playing in the group behind, Yang did even better, hitting his tee shot just a few feet from the green. They differed on how to play their second shots: Sabbatini chose a wedge and hit a poor shot that took a big bounce hole-high, finishing 25 feet above the hole. Yang used his putter and nearly holed it for eagle. Short hole, bold shots off the tee. But Sabbatini made par, Yang birdie.
Tree shot
Hugo Leon, a 25-year-old from Chile making his US Open debut, was even through 17 holes, and playing his third shot to the par-5 18th. The shot headed toward the large tree protecting the green on the right side of the fairway, and never came down. Players, caddies, and rules officials looked for Leon’s ball, and one was finally spotted in the tree. Binoculars were secured, and Hugo looked up. Wrong brand. The five-minute limit searching for a lost ball was reached, so Hugo was forced to go back to the same spot from where he played his third, adding a penalty stroke. He put his fifth shot on and two-putted for double bogey and a 73.
Young and old
Playing on a special invitation from the USGA, 1982 US Open winner Tom Watson opened with a 78. Paired with the 60-year-old were 18-year-old Ryo Ishikawa (70), and 21-year-old Rory McIlroy (75) . . . Morgan Hoffmann was briefly on the leaderboard, getting to 2 under when he birdied No. 10. He was even after 17 holes, with just the famous 18th standing in his way from an under-par score in his first US Open round. The 18th, though, got the last laugh. Hoffman put two balls in the water, and needed to hole a 15-footer for a quadruple-bogey 9. He shot 75 . . . Some big scores by some big names: Hunter Mahan (78), Camilo Villegas (78), Geoff Ogilvy (79), Aaron Baddeley (80).