Your guide to the Super Bowl 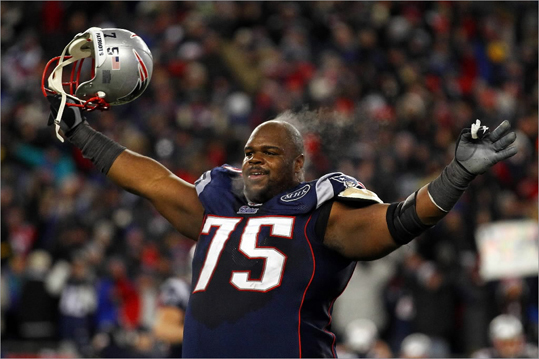 The Patriots earned their seventh trip to the Super Bowl by defeating the Baltimore Ravens in the AFC Championship Game, 23-20. The game went down to the wire with the Ravens missing a field goal with 11 seconds left that would have triggered overtime. "I sucked pretty bad today, but our defense saved us," Tom Brady said. Defensive tackle Vince Wilfork (left) played a huge role in the win.

The Patriots will face the Giants, who defeated the 49ers 20-17 in the NFC title game. It is a rematch of Super Bowl XLII, which the Giants won.