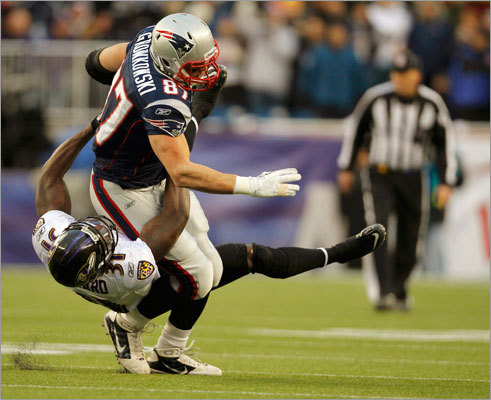 They dink and dunk -- sort of

Pollard's "dinking and dunking" comment was in reference to the team's style of play. The Patriots use short passes to tight ends Rob Gronkowski (pictured) and Aaron Hernandez, and to wide receivers Wes Welker and Deion Branch. But each of them is capable of making a big play, and they often do. What Pollard is likely referring to is the fact that the Patriots win with offense more often than not, and that's earned them a reputation as a finesse team. In essence, Pollard was voicing the opinions of many of the league's defensive players by saying, "We should be able to beat these guys."