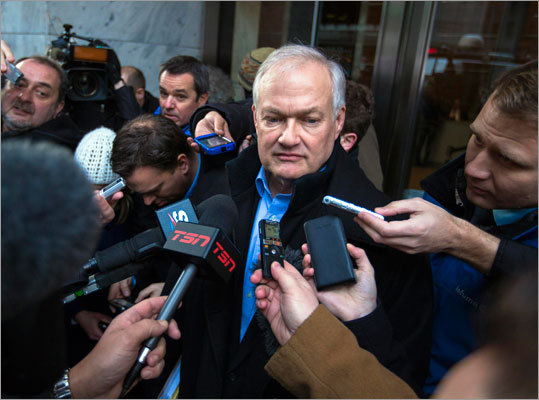 The NHL lockout appears to be over following the news that players and owners have reached an agreement to end their 113-day labor dispute. Following a marathon bargaining session, players representative Don Fehr (pictured) and NHL commissioner Gary Bettman on Sunday announced a tentative deal for a new collective bargaining agreement that resolves the sides' differences over player contract issues, hockey-related revenue (they'll split it 50-50) and the length of an agreement.
Here's a look at the history of labor disputes in this contentious industry.