Patriots vs. the Super Bowl contenders 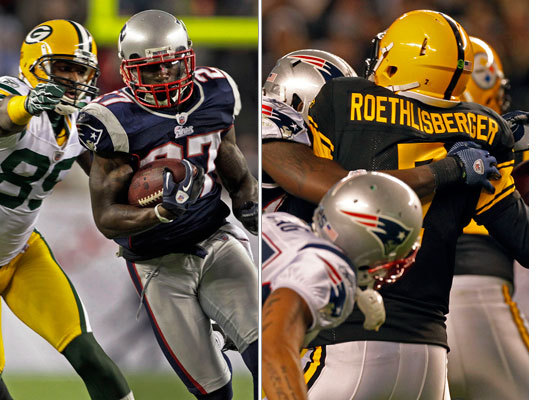 The Patriots defeated both the Packers and Steelers this season, but now must sit home and watch as those two teams battle Feb. 6 in Super Bowl XLV for the NFL's Lombardi Trophy.

Of course, both Green Bay and Pittsburgh have gotten better since facing the Patriots -- the Packers haven't lost since and the Steelers only lost once -- but each will surely study how they handled common opponents.

Here are the highlight moments that helped the Patriots in their victories over the two Super Bowl qualifiers.