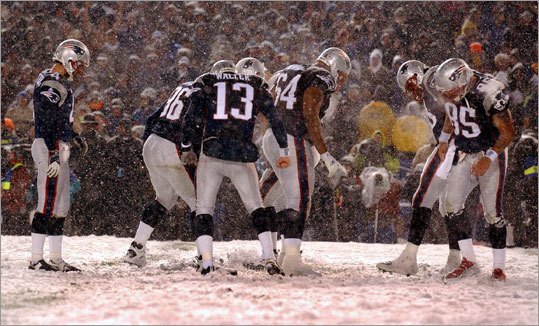 In the game dubbed the Snow Bowl, players cleared a place for Adam Vinatieri to kick the game-winning field goal in overtime. The game is also known as the tuck rule game because of the controversial replay decision that gave the Patriots the ball back after Tom Brady lost control of it after being hit by Raiders cornerback Charles Woodson. It was ruled a fumble on the field.

In a driving snowstorm, the Patriots rallied to tie after maintaining possession on the reversal, then won in OT.