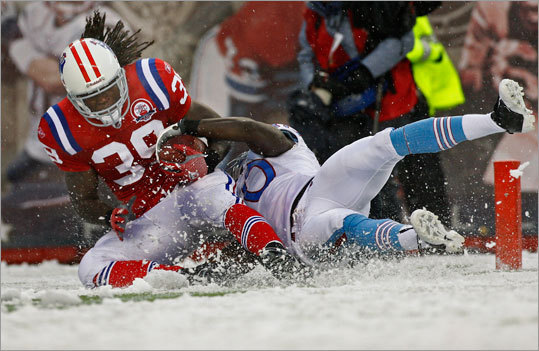 The Patriots improved to 11-0 in snow games at home in Foxborough after building a 45-0 halftime lead -- the largest halftime lead in NFL history. Running back Laurence Maroney got the scoring started when he dragged Titans cornerback Jason McCourty -- yes, Devin's brother -- through the snow and into the end zone.

Maroney ran for 123 yards on 16 carries, quarterback Tom Brady passed for 380 yards and six touchdowns and three of Randy Moss's eight catches were for touchdowns.