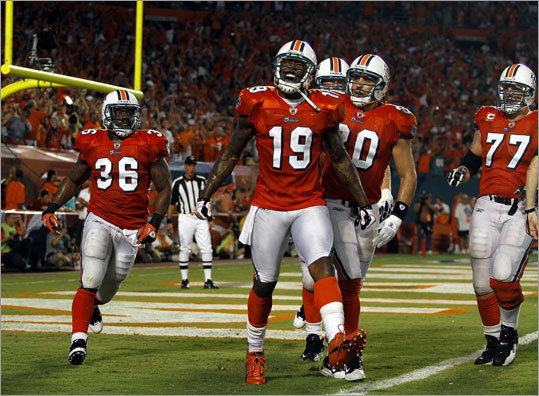 In the Patriots' second meeting with the Dolphins last season, a 22-21 loss at Miami Dec. 6, Henne completed 29 of 52 passes for 335 yards and a pair of touchdowns, with Davone Bess catching 10 of his throws for 117 yards.

There's probably no further need to emphasize the struggles of the Patriots' pass defense this season, but it must be noted that when Henne had his career day, the steady Leigh Bodden was one of the Patriots cornerbacks, and the Dolphins didn't have a weapon like the mercurial Marshall, who came over from the Broncos in the offseason.

The Jets had no solution for Marshall last Sunday night -- he had 10 catches for 166 yards and a TD -- and it's difficult to fathom how the Patriots will defend him this Monday.