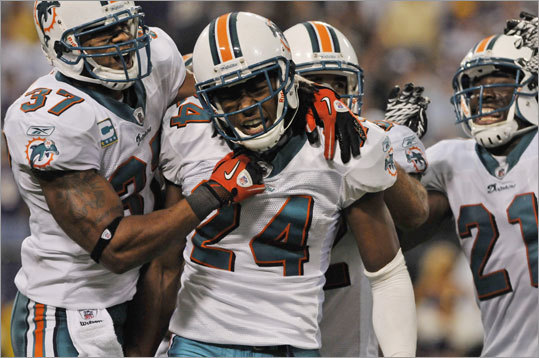 3. Smith may have to step up

The Dolphins had no solutions Monday night for Jets tight end Dustin Keller, who caught six passes for 98 yards and two touchdowns. Much of the damage was done in the middle of the field, and with rookie tight ends Rob Gronkowski and Aaron Hernandez becoming an increasingly significant parts of the offense, the Patriots would be wise to try to emulate the Jets' success.

That's where Smith comes in. A second-year cornerback who struggled early this season, even losing his starting job to Jason Allen, he has the size (6 feet 3 inches, 214 pounds) to potentially help close the hole in the middle of Miami's pass defense.