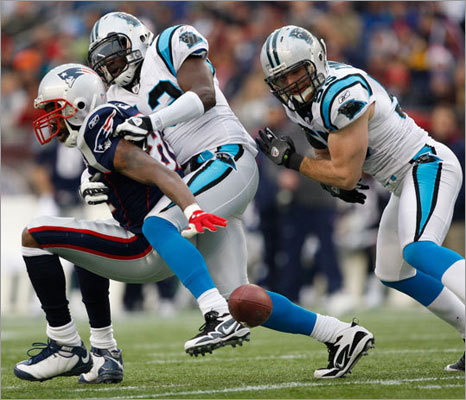 In 2009, Moss was accused of quitting on his team by Carolina Panthers defensive backs Chris Gamble and Chris Harris.

Moss had one catch for 16 yards in the game, and that play ended with a fumble (pictured).

It was not the first time Moss had been accused of not playing his best. He was accused of the same in Minnesota and Oakland.

Panthers say Moss 'shut it down'