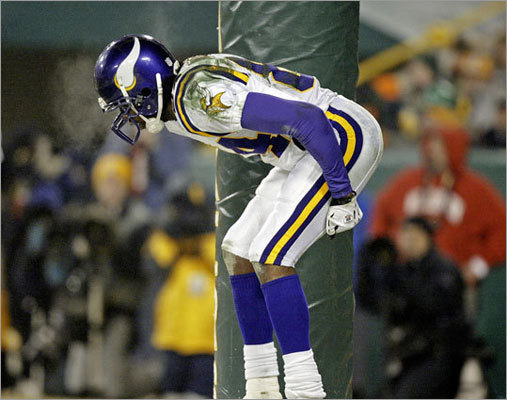 Moss had a run of controversial moments while with the Vikings. In 2005, he was fined $10,000 for an end-zone celebration that included him pretending to pull down his pants and "moon" the Green Bay crowd.

His comments after that only fanned the flames. He told one reporter "Ain't nothing but 10 grand. What's 10 grand, to me?"

The full exchange, according to an ESPN article:

Reporter: "Write the check yet, Randy?"

Moss: "When you're rich you don't write checks."

Reporter: "If you don't write checks, how do you pay these guys?"

Reporter: "Randy, are you upset about the fine?"