Catching up with old friends 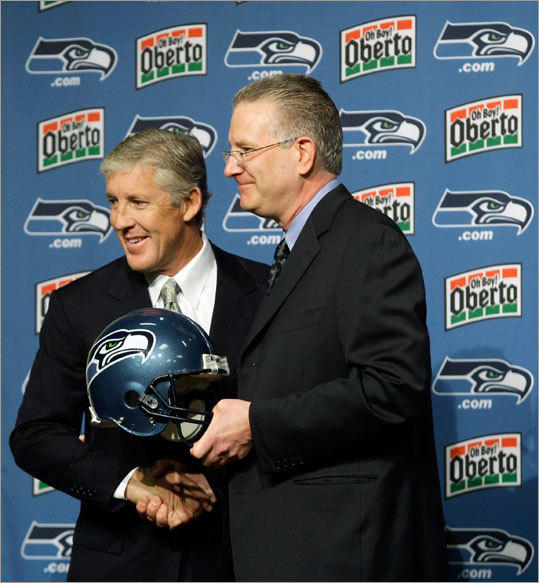 Pete Carroll, who coached the Patriots from 1997 to 2000, returns for his second season in Seattle after leading the Seahawks to the playoffs with a 7-9 record in 2010.

Carroll's Seahawks won the NFC West and made the playoffs with a losing record in 2010. Seattle then beat the defending Super Bowl champion Saints in the first round at home before bowing to the Bears in Chicago to close out Carroll's first season at the helm. In 2011, the Seahawks had another 7-9 season but did not make the playoffs.