Pegged as a potential first- or second-rounder, Tate tumbled to the third round, where he was the 10th receiver selected overall and second of seven taken in the third round. There were questions about his health when his senior year at UNC was truncated after six games by a torn right ACL suffered on a punt return. Then there were concerns about his character when reports surfaced he tested positive for marijuana at the NFL Combine. Asked how he addressed his failed drug test during interviews with NFL teams, Tate deftly sidestepped the question. "All that's behind me and whatever happened with that, I'm happy and moving forward," he said. In selecting Tate, the Patriots took a receiver with the versatility to help as a punt and kickoff returner. Last season, he established an NCAA career record for combined kick return yardage (3,523 yards). 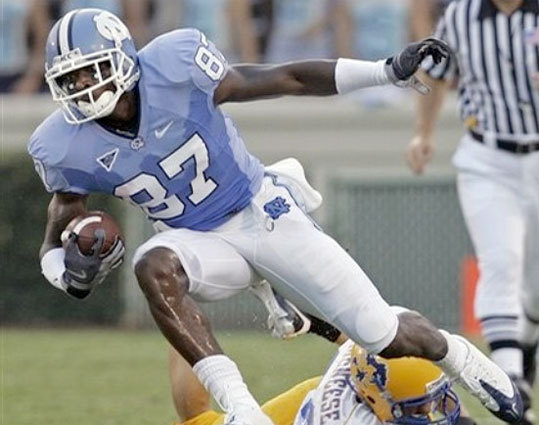