Brace was an essential cog in a BC defense that ranked fifth nationally in total yards and seventh against the run. Eleven of his 27 tackles last season were behind the line of scrimmage and is adept at playing up front in a 4-3 scheme or playing the nose in a 3-4 setup. He was second-team all-ACC last season after being honorable mention in 2007. Don’t let his sizable gut mislead you -- He’s pretty quick in his lateral movements. 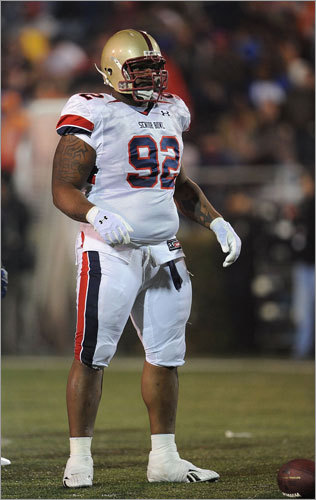