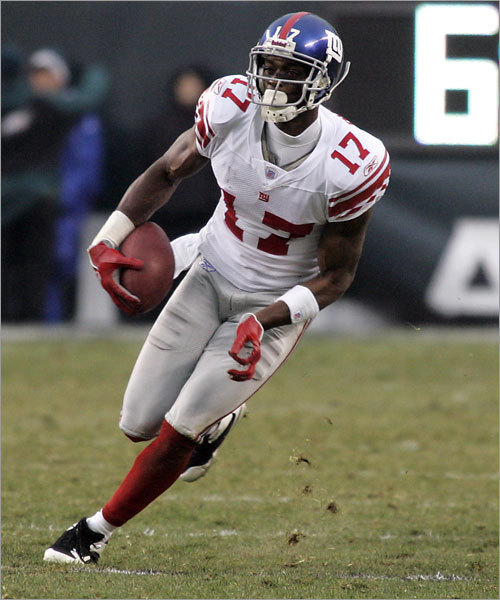 After leading the Giants during the regular season with 70 receptions, Burress (pictured) is coming off a sizzling 11-catch, 151-yard performance in the NFC Championship game. At 6-5, 232 pounds, he creates a mismatch, especially close to the goal line, as evidenced in the season finale. Toomer starts on the opposite side and is more likely to attack the intermediate areas of the field. Smith comes on in the slot in 3-wide packages. Rookie Boss has played well enough to make Giants fans forget about the injured Jeremy Shockey. Boss hurt the Patriots in the season finale with 4 receptions.