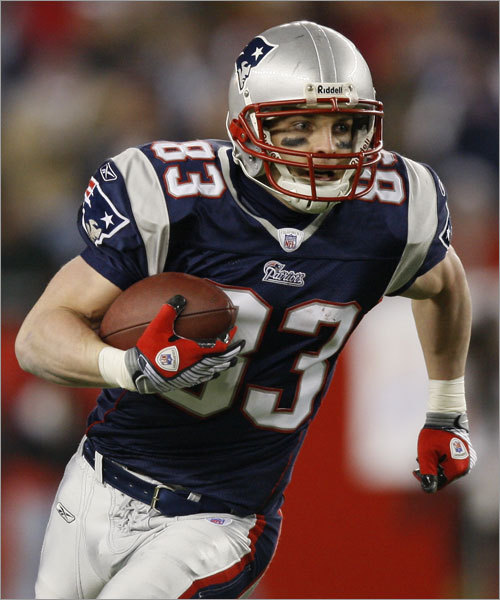 Moss has been held to just one catch in each of the two playoff games. The Patriots would like to get him involved early but a lot will depend on how the Giants defend him. The Jaguars doubled him almost every play and that meant the ball was going elsewhere. The Chargers, on the other hand, took their chances from time to time and played him one-on-one and won some of those battles. The Giants figure to mix and match, so Moss’s ability to win the one-on-one matchups will be important. Welker (pictured) is another key because the Giants like to blitz and he’s often a ‘‘hot’’ receiver for Tom Brady.
(AP Photo)