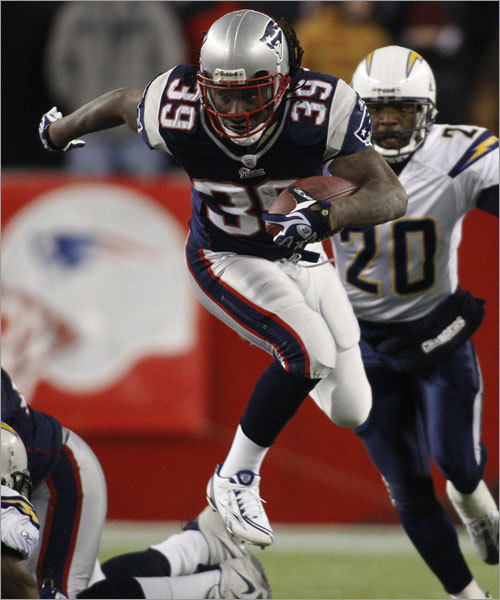 Arguably no Patriots player has come on stronger down the homestretch than Maroney (pictured), who has run for 100 or more yards in four of his last five games. Part of Maroney’s rise is attributed to a return to health, but the second-year pro is also running with more decisiveness and finishing off runs in Corey Dillon-like style. Maroney once said he didn’t want to initiate contact when he could run past it, but that has changed. Although Faulk is considered by some a third-down back, he played in 44 percent of the team’s offensive snaps this season. The Patriots have used more no-huddle this year and that is Faulk’s time to shine. The Patriots don’t use many two-back sets, but Evans is an effective lead blocker.
(Globe Staff Photo / Matthew J. Lee)