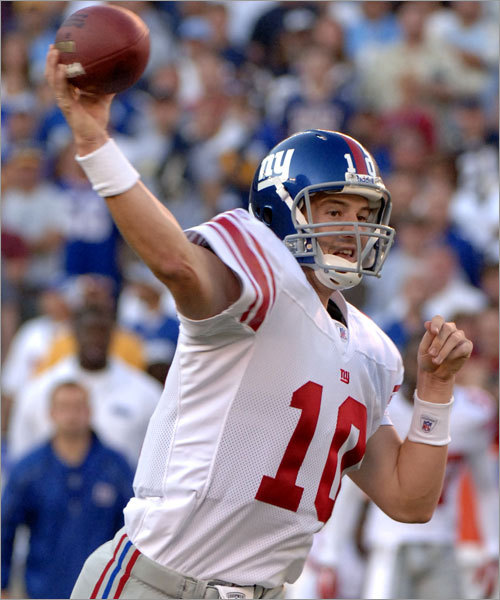 Manning (pictured) threw 20 interceptions in 529 regular-season pass attempts, but he’s sharpened his game in the playoffs. In 85 attempts over three games, he has yet to fire an interception. A 56 percent passer in the regular season, he’s at 62.4 percent in the postseason. After an uneven regular season, Manning is playing with confidence and has emerged as a leader in the playoffs, which some have suggested is tied to the absence of sometimes volatile tight end Jeremy Shockey. His career 3-2 record as a starting quarterback in the playoffs makes him just the third Giants quarterback to win as many as three postseason games in the Giants Stadium era (1976-present).