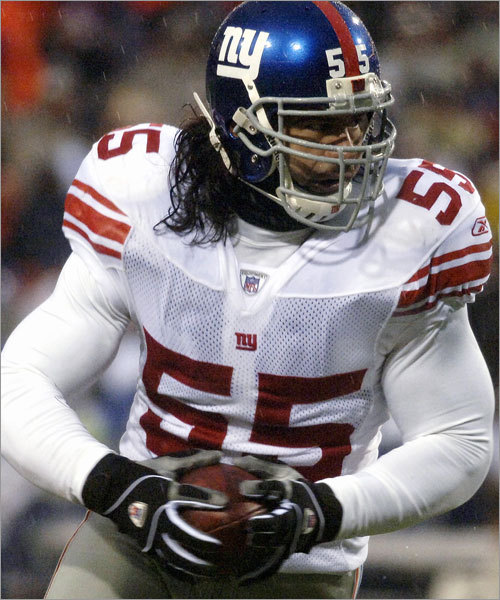 It starts with Pierce, the middle linebacker who led the team in tackles with 116 (63 solo) in the regular season. He sets the defense and is the inspirational leader others take a cue from. It’s a group that plays fast and will often be unleashed toward the quarterback in a variety of blitzes. The group underwent a shuffle when former BC standout Mathias Kiwanuka fractured his fibula Nov. 18, which meant Torbor — a fourth-round draft choice in 2004 — moved into a spot with the first unit. Mitchell (pictured) mans the weak side. He left the season finale early because of injury, so his return should strengthen the group that faced the Patriots Dec. 29.