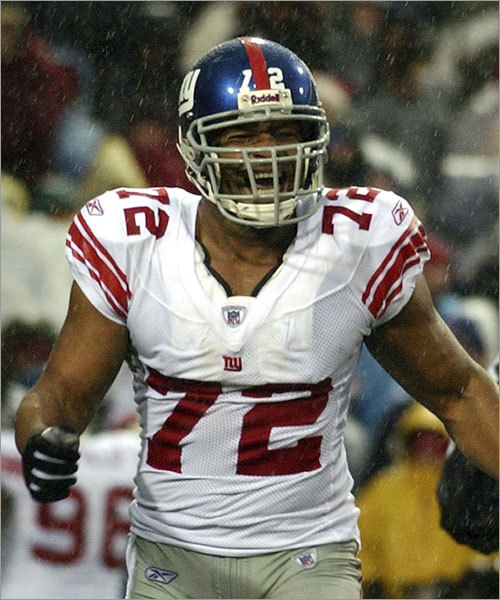 Playing a 4-man line, the Giants can force opposing quarterbacks into mistakes with their pressure-based approach led by Umenyiora (13 sacks, pictured), Tuck (10), and Strahan (9). Tuck comes on in third-down situations, and his ability to get push up the middle often forces quarterbacks to evacuate the pocket. The Giants also are likely to overload blitzes on one side. Starting tackles Cofield (6-4, 306) and Robbins (6-4, 317) are more likely to hold their ground than penetrate. Like the offensive line, the unit has been durable, starting the same foursome in all but two games.