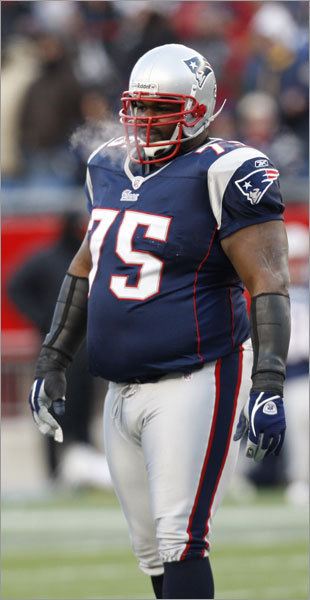 With newly crowned Pro Bowler Wilfork (pictured) anchoring the interior of a 3-man line, the Patriots have the important piece in which to build around for any 3-4 defense. The prototype build for the position at 6-2, 325 pounds, Wilfork eats up space and occupies multiple blockers, allowing the linebackers to scrape free behind him and make more uncontested plays. Meanwhile, the end play was particularly solid in the AFC title game, as Seymour appears to have turned a significant health-related corner on the right side, and Warren continues his unsung play on the left side. Green comes on in sub packages.
(Globe Staff Photo / Barry Chin)