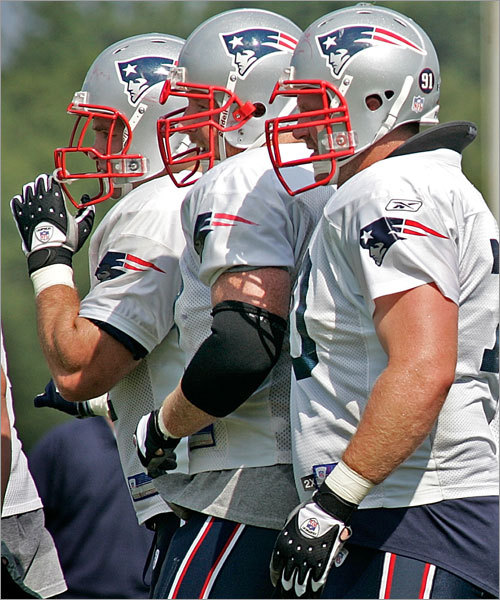 The big test will come on the edges, where left tackle Light will see plenty of Osi Umenyiora and right tackle Kaczur gets Michael Strahan. The penetrating Giants led the NFL in sacks and play a style that generally gives the Patriots problems in that they can generate pressure from their base four-man rush, allowing them to drop seven players into coverage. So that will put some added burden on Light and Kaczur. Another matchup to watch is on third down, when Mankins is lined up across from Justin Tuck, as Tuck most often takes on left guards.
(Globe Staff Photo / Barry Chin)