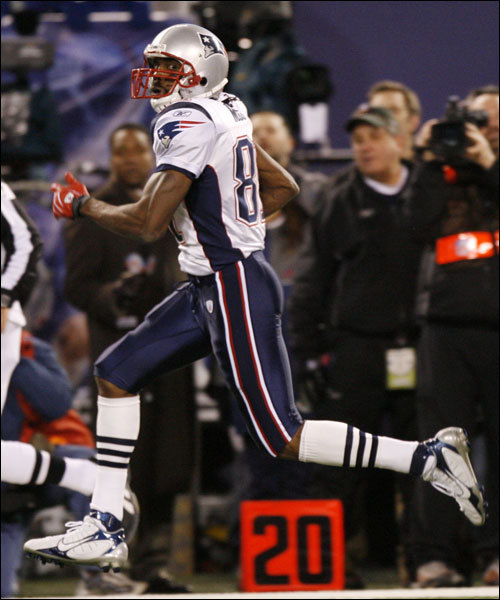 The Patriots ran 67 percent of their plays with three-receiver or four-receiver sets, so it's no secret the offense is geared toward the players at the position. Moss hardly leaves the field; his 88-percent playtime numbers were easily the highest of any receiver or tight end. Moss, putting stress on the deep third of the field, has helped the shifty Welker work wonders in the short and intermediate routes. And in turn, Welker's presence has opened opportunities for Moss downfield.
(AP Photo)