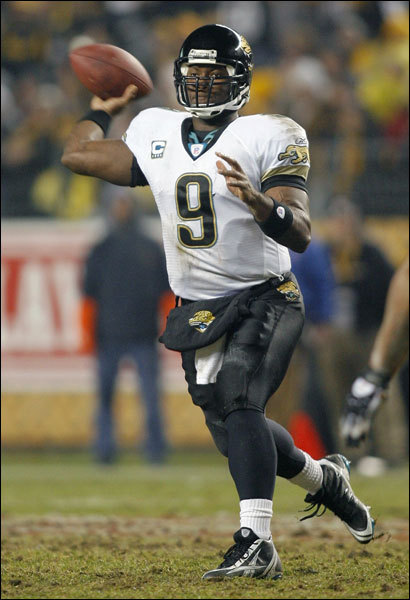 On the plus side for Jacksonville, Garrard can hurt opponents with his scrambling ability. Brady is somewhat underrated when on the move, but he's not as dangerous or as hard to corral as the 6-foot-1-inch, 245-pound Garrard, whose 32-yard scramble on fourth and 2 against the Steelers reflected how dangerous he can be as a runner. Both have been excellent at avoiding turnovers. Garrard had just three interceptions in the regular season, while Brady totaled a career-low eight. From a decision-making standpoint, no one in the NFL is playing with the decisiveness and command of Brady.