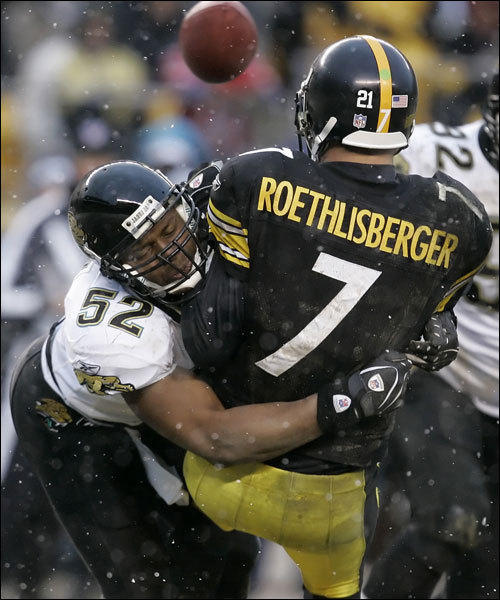 The Jaguars had to reshuffle after middle linebacker Mike Peterson broke his hand Nov. 18. That meant Smith, a four-year veteran, moved to the middle, with Durant -- a rookie second-round pick out of Division 1-AA Hampton University -- assuming a starting role on the outside. Second-year player Ingram starts at the other outside spot. Overall, it's a smaller, quicker linebacker group when compared with the Patriots, which is indicative of the 4-3 defense.
(AP Photo)