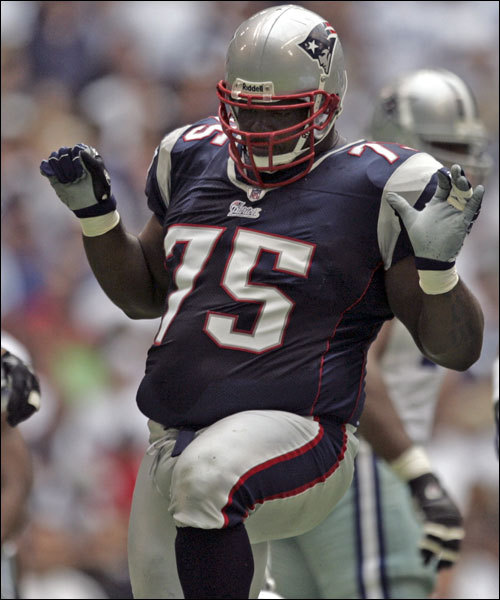 The Patriots play the 3-4 and rely on Warren (end), Wilfork (nose), and Seymour (end) to control two gaps up front, occupying blockers to keep the linebackers free. They're arguably the best trio in the NFL based on the job description. Green is the fourth player on the depth chart and comes on in passing situations, as he's counted on to generate a rush and ease the pressure on those in coverage.
(Globe Staff Photo / Matthew J. Lee)