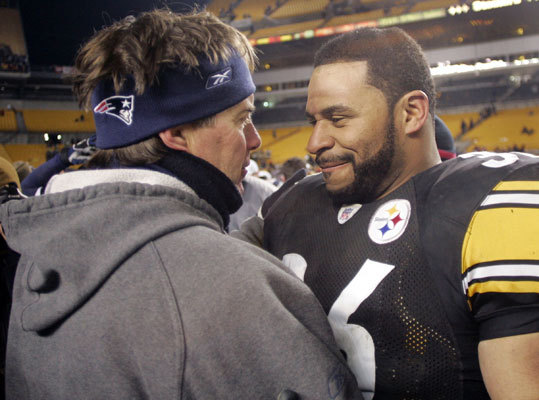 From 3-0, to 10-0, to 17-3, to 24-3, the Patriots had more big plays in the first half of the AFC Championship than they had in their entire Oct. 31 loss in Pittsburgh. Eugene Wilson picked off Ben Roethlisberger’s first pass, and Rodney Harrison ran back an ill-timed Roethlisberger offering 87 yards just before the half. After the Steelers had pulled within 31-20 with 13:29 remaining, the Patriots staged consecutive 10-play scoring drives to make the Super Bowl date with the Philadelphia Eagles official.