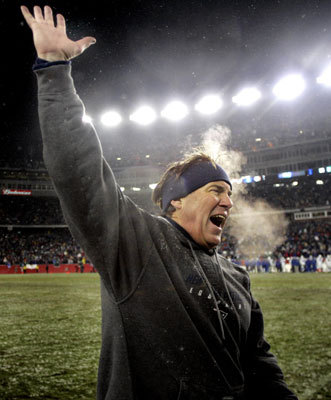 Once again, the Indianapolis juggernaut swaggered into Foxborough on an ungodly roll. Once again, it amounted to nothing. The Patriots defense, minus stalwarts Ty Law and Richard Seymour, confounded Manning all game and held Edgerrin James to just 39 yards on 14 carries in the divisional playoff matchup. Patriots running back Corey Dillon had the second most rushing yards (144) in team playoff history, and Tom Brady improved to 6-0 vs. the Colts with a typical efficient performance.