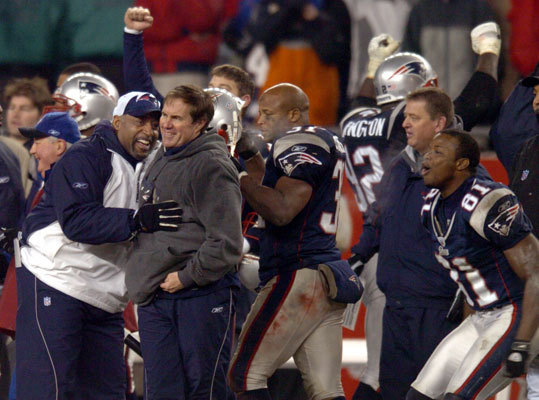 The game plan was to keep the ball out of league co-MVP Peyton Manning’s hands during the AFC Championship in Foxborough. No one expected it to happen so easily. When the Colts had the ball, New England made Manning’s life miserable, sacking him four times (three by Jarvis Green) and intercepting him four times. Ty Law’s final pick, with 8:31 remaining and the Patriots holding a 21-7 lead, stopped a Colts drive that had reached New England territory. The Patriots’ 14th straight win made them a perfect 4-0 in AFC title games.