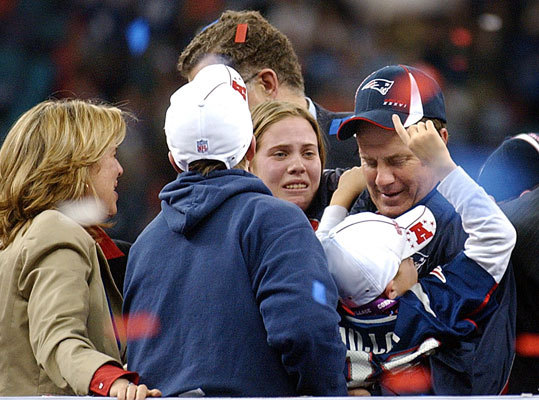 In a fitting end to a storybook season, Patriots quarterback Tom Brady took over at his 17 with 1:21 remaining, no timeouts, and the game tied at 17. He hit on 5 of 8 attempts (including a spike) for 53 yards — the biggest play a 23-yard gain to Troy Brown across midfield — to set up Adam Vinatieri’s 48-yard field goal as time expired. At 24, Brady became the youngest winning quarterback in Super Bowl history, and the Patriots had their first world championship in their 42-year history.