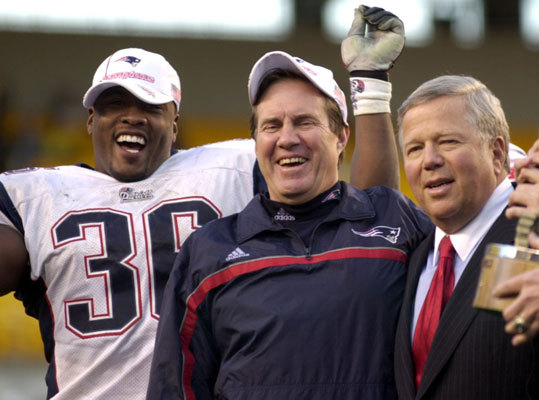 The Patriots came out firing in the AFC Championship game in Pittsburgh, and Tom Brady was on the mark early, but Brady sprained his left ankle on a hit by safety Lee Flowers. ‘‘He could have gone back out and played, but I just felt like the way things were going we were better at that point in time [with Drew Bledsoe],’’ said Bill Belichick. As usual, the coach was right, with Bledsoe finishing the drive by finding David Patten for an 11-yard touchdown in his first game action in five months.