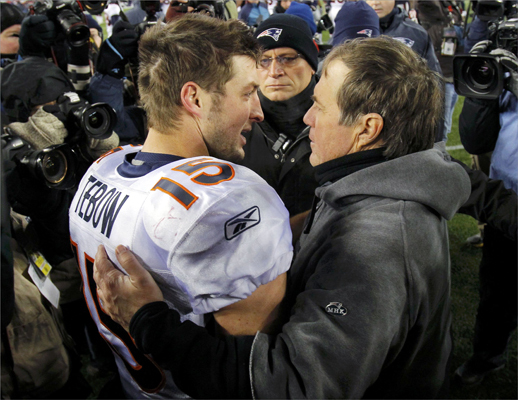 The hype leading up to the divisional playoff game surrounded Broncos quarterback Tim Tebow, but the Patriots dominated from the beginning. Tom Brady had a record-setting five touchdown passes by halftime, and six overall. Tight end Rob Gronkowski had three touchdown catches. Denver's offense couldn't get any traction. “It was a good, solid team effort. It’s been a lot of hard work this year. The players deserve this; they put up with me,’’ Belichick said.