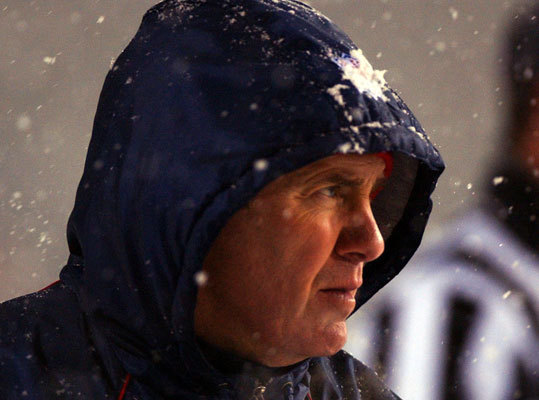 The Patriots' streak of 10 straight playoff victories kicked off with The Snow Game against the Oakland Raiders in the divisional playoff. The final game at Foxboro Stadium, played amid relentless snow flurries, nearly turned into a sad farewell instead of a celebration. But Tom Brady was 8 of 8 in overtime, throwing for 45 of the 61 yards the Patriots covered to set up Adam Vinatieri’s 23-yard winner, and set franchise playoff records for completions (32), attempts (52), and yardage (312).