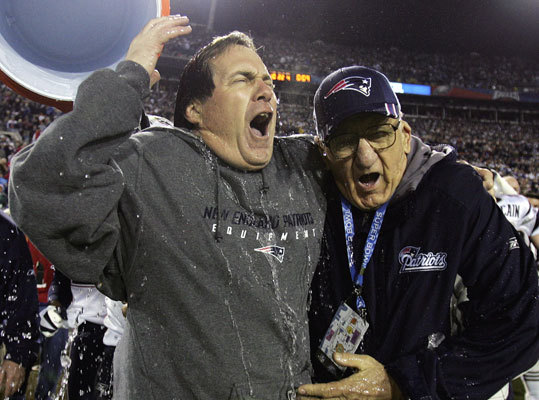 The game took shape when the undaunted Tom Brady broke a 7-7 halftime deadlock by unlocking the super powers of game MVP Deion Branch in the third quarter. The receiver caught four passes for 71 yards in a nine-play, 69-yard drive that linebacker Mike Vrabel finished with a 2-yard TD reception. Rodney Harrison ended it with an interception, his second, with 17 seconds remaining, and all that remained after beating Philadelphia in Jacksonville was the debate regarding where the Patriots ranked among the greatest teams of all time. Pictured at right is Belichick's father, Steve Belichick, who died in Nov. 2005.