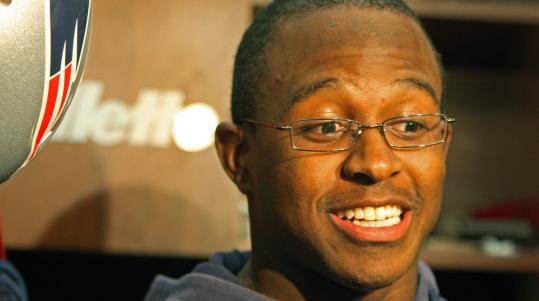 Matthew Slater said he “knows at any given point in time a special teams play can change the outcome of a game.’’ (Jim Davis/Globe Staff)
By Michael Vega Globe Staff / January 27, 2012
Text size – +

FOXBOROUGH - Matthew Slater has never underestimated the importance of special teams play on the outcome of a football game.

“We take a lot of pride, preparing for the kicking game,’’ Slater said yesterday after the Patriots held their first practice in preparation for Super Bowl XLVI.

“As it’s been showing throughout this postseason and the regular season, at any given point in time, a special teams play can turn into a game-changing play, whether it be a kick or a return, bad coverage, or whatever it may be,’’ said Slater.

At San Francisco, Kyle Williams, a reserve return man filling in for the injured Ted Ginn Jr., muffed his second punt of the game - this one in overtime - leading to Lawrence Tynes’s 31-yard field goal and the Giants’ 20-17 win.

“The thing I love about playing here is that we have a lot of veteran players as part of our special teams unit,’’ said Slater, the group’s captain. “Many of us have made careers out of it, so we really appreciate and respect how valuable special teams can be to a game.

“We realize at any given point in time a special teams play can change the outcome of a game. I think we have guys who really buy into that and really believe that and we prepare in such a way that, even though we might be out there for just 10-15 snaps a game, those 10-15 snaps are just as important as offensive and defensive snaps.’’

When it comes to filling out his roster, Bill Belichick said the number of position players who also play special teams has to complement those core special teamers.

“You have to have somebody to back up your offensive and defensive starters, so who is that going to be? What’s the best balance?’’

Asked who ranked as the best special teams player he ever coached, Belichick replied, “There have been a lot. Obviously there are a lot of good players. Certainly Larry Izzo did a great job for us here as a player and special teams captain, leader. He was a great tone-setter. I would definitely put him up there at the top of that list of the players I’ve coached.’’

Izzo, who made three Pro Bowls in his career, played for the Patriots from 2001-08 and won three Super Bowls during that time. Izzo will be standing on the opposite sideline at Lucas Oil Stadium Feb. 5 in his role as an assistant special teams coach with the Giants.

But franchises could cite examples where special teams’ play meant the difference between winning and losing the Super Bowl.

Who among Giants fans can ever forget Scott Norwood’s missed 47-yard field goal to secure New York’s 20-19 victory over the Bills in Super Bowl XXV. It cemented Norwood’s special place in Super Bowl infamy and started a string of four consecutive Super Bowl losses for the Bills.

Who among Patriots fans can ever forgive Bill Parcells for kicking it to Desmond Howard in Super Bowl XXXI. Howard became the first special teams player to be named Super Bowl MVP when his 99-yard third-quarter kickoff return cemented Green Bay’s 35-21 victory.

And Slater, for one, will never forget Adam Vinatieri’s 48-yard field goal that lifted the Patriots to a 20-17 victory over the St. Louis Rams 10 years ago in Super Bowl XXXVI.

“I remember the first Super Bowl win they had here, Mr. Vinatieri having a great kick,’’ Slater recalled. “I knew that because I was a Rams fan at the time and it beat the Rams . . . So this is a phase of the game that cannot be forgotten about.

“So I’m sure in this game, there will be plays that will be made - or not made - and have a huge impact in the game.’’