It's all coming back to them

Foes familiar on this playoff path 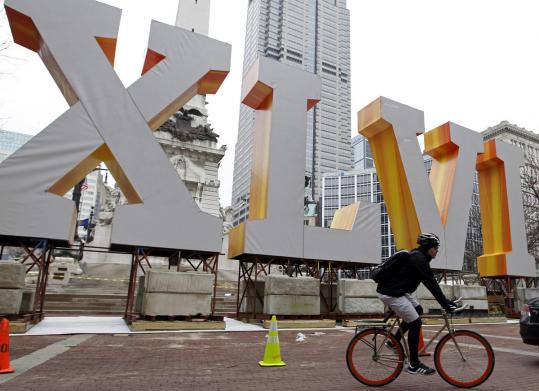 Winners of 10 straight games, including the past two at home during the playoffs as the No. 1 seed, the Patriots prepare for Super Bowl XLVI, truth be told, with few people surprised they have qualified for the game. Not so the New York Giants.

The Giants needed to win their final two games of the regular season just to make the playoffs as the No. 4 seed in the NFC. Playoff victories over the Falcons, Packers, and 49ers have sent them to the Super Bowl, just the third time a team that went 9-7 in the regular season has advanced to the last game. The 1979 Rams and 2008 Cardinals lost their Super Bowls, however.

Despite speculation that he was coaching for his job just a month ago, Tom Coughlin has his team headed for Indianapolis for lots of reasons, but one stands out: The Giants twice avenged regular-season losses with playoff victories.

It’s a formula Patriots fans are all too familiar with: The Giants followed the same path in 2007, beating the undefeated Patriots, 17-14, in Super Bowl XLII, a few weeks after ending the regular season with a 38-35 loss to New England.

This season, the Giants lost to the Packers at home on Dec. 4 (also 38-35) before dominating Green Bay at Lambeau Field in the divisional round, 37-20.

The Giants also made two trips to San Francisco this season. The first, on Nov. 13, was a 27-20 win by the 49ers. Given another shot, the Giants clipped San Francisco in the NFC Championship game, 20-17, in overtime.

“They’ve played some of their best football when they’ve had to, when it’s counted the most,’’ Patriots coach Bill Belichick said. “That’s what you have to do this time of year. If you don’t, you’re on the outside looking in. They’ve done that.

“We know this is the best team we’ve played. This is going to take our best game, and that’s the way it should be.’’

The Patriots certainly know the Giants. This will be the third time the teams have met in 2011-12, counting preseason. The Giants won the first two: 18-17 on Sept. 1 in the fourth and final preseason game, and 24-20 on Nov. 6. Both games were at Gillette Stadium.

“We have a familiarity with them,’’ Belichick said. “I think this is a team that we have some background with relative to most of the other NFC teams that we’ve played through the years.’’

While they’ve beaten the Packers and 49ers in revenge games this season, getting a second shot at an opponent hasn’t always meant an automatic victory for these Giants. They were swept by the Redskins this season.

Even though neither team practiced yesterday, the Patriots and Giants were obligated to issue an injury report, with projected availability. Tight end Rob Gronkowski, who injured his left ankle against the Ravens, was the only Patriot who would not have been able to take the field. The Giants said they would have been without three players: running back Ahmad Bradshaw (foot), receiver Hakeem Nicks (shoulder), and safety Tyler Sash (concussion).

Both teams return to the practice field today.

Julian Edelman was a junior at Kent State four years ago, having just quarterbacked the Golden Flashes to a 3-9 season. He is from Redwood City, Calif., not far from where Tom Brady grew up in San Mateo, so Edelman was rooting for the Patriots the last time New England faced the Giants in the Super Bowl.

The most surprising part of the deep ball thrown by Brady that was intercepted by Baltimore’s Jimmy Smith midway through the fourth quarter, the one that Brady said kept him up at night?

It might be that the pass was intended for Matthew Slater. It was only the fourth pass all season that was thrown Slater’s way - he has just one reception, a 46-yarder in the season opener at Miami - but he wasn’t about to be critical of his QB. Far from it.

“I’ve never been around anybody like the guy, just the way he is,’’ Slater said. “I think he’s a once-in-a-lifetime kind of guy. The impact he’s had on this game, looking back 20, 30 years from now, it’ll stand for a lifetime.

“I’m glad the guy’s on my team,’’ added Slater, before quickly catching himself. “Or I’m on his team. It’s his team.’’

The Giants were outscored through the first 16 games, 400-394, and would become the first team in NFL history to win a Super Bowl with a negative point differential during the regular season . . . Patriots kicker Stephen Gostkowski, on the number of people reaching out to him now that he’s going to the Super Bowl: “I had like 35 text messages [Sunday night], and I don’t even have that many friends. It’s exciting to see how excited your friends and family are for you and how much they care about you, how much it means to them when you do well, so it’s cool.’’ . . . The Patriots placed receiver Dorin Dickerson on the practice squad/injured reserve list.